The acronym LOL, Laugh Out Loud, is a misnomer of sorts. We use it everyday – ironically, next to ‘haha’- but nobody actually laughs out loud. Laughing out loud though is exactly what I did when I watched the Merc with a Mouth’s big screen adaptation. And I wasn’t alone. The entire theater was erupting hysterically at an almost frantic pace. Some jokes came on too fast that they actually got lost in between the bouts. Keep in mind this is not a stand up feature. It is a theatrical release that spent years in development hell, only got greenlit by sheer luck and some maneuvering by a wayward employee, featured a less than A-list character compared to top shelf superhero movies but most of all, was released as an R-Rated movie. Oh how times have changed.

The official synopsis finds us following Wade Wilson, a former spec ops wet work kinda guy, now working as a mercenary shaking down stalkers and general low life’s, who RnR’s in a seedy bar filled with the kinda people your local gangster steers clear of. Our titular anti-hero soon meets a girl (of course) that shares his depraved sick sense of humor and general self deprecation which, of course, leads to the 4th of July (12th December, if you prefer) sparks fly in a very non PG-13 sense. Soon enough, his world comes crashing down when he’s told the modern world’s (and cinema’s favourite scapegoat) scourge, cancer, has ravaged his liver, brain and prostate. Luckily, a solution pops up in which he’s offered an experimental cure that will also unlock his latent mutant abilities. Choosing to sacrifice his relationship and undergo the procedure, he is left horribly disfigured. Enraged he seeks revenge against the perpetrators and restore his life back to normal. 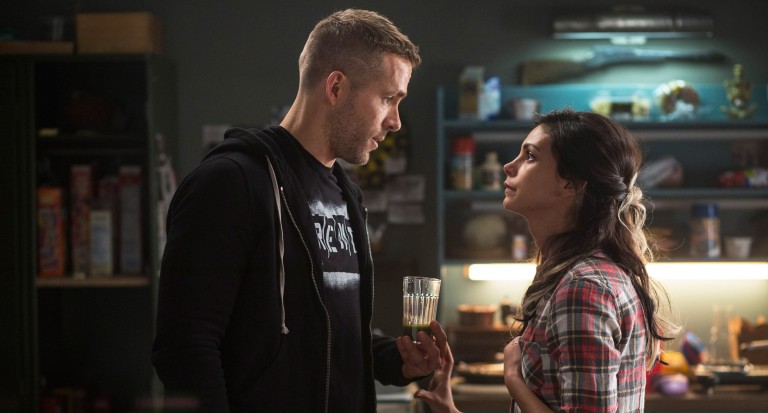 As Deadpool himself says at some point, this is definitely a different kind of superhero movie. As soon as the opening credits roll in, which is basically zapping through a time-frozen action scene, the fourth wall breaking signature trope is immediately put in effect (‘hot chick’  ‘the comic relief’ ‘the overpaid tool’ are used instead of actual name credits) and continue to be heavily doled out throughout the entire run time in ever more entertaining ways. See, this ability to not take itself too seriously is the pivotal to Deadpool. Dancing on a katana edge and occasionally leaning a bit too far on either side breathes life into what would be an obviously prosaic origin story which, to be honest, Fox don’t have a very good track record of. On the one hand swaying towards satire and self parodying territory provides some hilarious moments (gum on the screen, endless winks and elbow jabs, meta commentary) as switching up with some well timed and paced serious moments mixes up a pretty good batch of the superhero formula that Marvel and DC have been trying to perfect for years. At one point, this blend is so good, you wonder whether you’re overthinking a bloody superhero movie (watch out for the Taken joke – and really think about it). 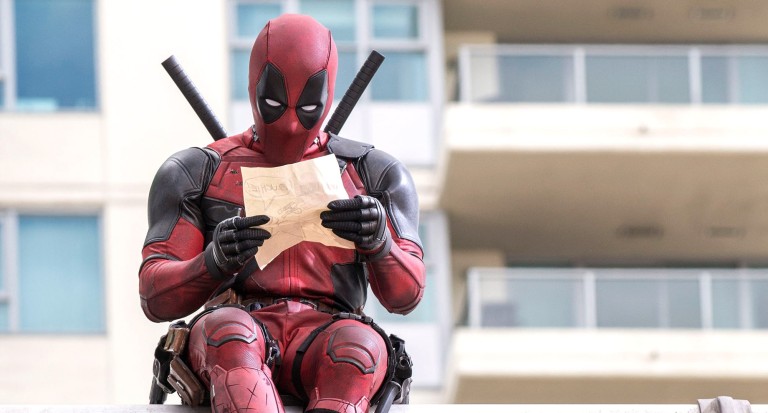 Of course, being a gamble, Tim Miller and his band of merry movie men weren’t given a ridiculous budget to work with.  A little over $50M is a far cry compared to the insanely colossal $250M+ Avengers: Age of Ultron warranted. Being from an animation background though clearly showed as they worked with what they had and produced a pretty damn good February flick. A reduced budget also means more focused is placed on other aspects apart from dazzling to distract. And through this, Ryan Reynolds finally comes through with possibly his career big break and first win in years. Reynolds was almost undoubtedly born for this role. He, quite possibly, single-handedly carries the entire film on his red and black clad shoulders. Her co-star and super pretty lady of the night Vanessa (Morena Baccarin) manages to charm your pants right off as well as slap you in the face for thinking she’d be your token can’t-be-helped-save-me average chic. Armed with razor sharp wit to match Mr.Wade’s and a possibly even more messed up life, she provides the perfect foil onto which Wade bounces off his insanely quick one liners and banter. Weasel (T.J Miller) , Wade’s friend, steps up and fills the comic relief spot like a glove. I’m sure brainstorming on what Deadpool’s face looks like was an absolute blast. Filling out the main cast are Ajax (Ed Skrein) as the token British baddie who I’d have really loved to see more of just by the fact that he’s British and Angel Dust (Gina Carano) who kicks humongous ass but unfortunately doesn’t get to speak much. Also jumping in for the ride are X-men Colossus (Stefan Kapicic) who plays a polar opposite straight man trying to lead Deadpool to the straight and narrow and Negasonic Teenage Warhead (Brianna Hildebrand) a gum chewing, tweeting young’n who of course finds Deadpool uncool but nevertheless joins his crusade to save the day. Also look out for Dopinder. I wanna see Dopinder again. Dopinder needs to have a twenty minute spinoff.

What fox did here was reiterate the concept of a skunk works team. Give a few guys leeway and very limited rules and they have the potential to rewrite the rule book. It also helps to leak test footage and get away with it. With cameos, (Bob from S.H.I.E.L.D showed up you guys) endless fourth wall breaking (16 walls need re-plastering, McAvoy or Stewart nods) self awareness (credits scene……s) self deprecation and a general it’s-never-that-serious-attitude, Deadpool manages to hop over a lot of the pretentiousness of dark and gritty edginess we’re subjected to while also making an honest to God superhero flick geared to actual adults. Seriously, The R rating is fully utilized here. F bombs drop in a blitzkrieg fashion , full on gratuitous violence and not to mention shots of uncensored scenes of a sexual nature. Which includes Wade’s uncensored mercenary buns. This, by the way, also disproved Hollywood’s theory on R-rated movies not being a cashgrab as Deadpool blew away several records at the box office and will obviously open up the doors for more adult themed franchises getting the go-ahead by studio execs. A sequel is already in the works and there’s almost no limit as to where they might go from here. The future is bright for the superhero/anti-hero genre. It is indeed bright.

Putting thought to keyboard. View all posts by Predicate Citizen